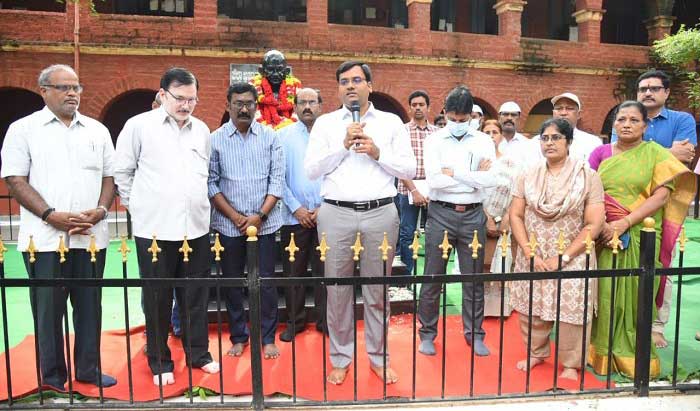 DISTRICTS
October 2, 2022 admin.in 0 Comments Everyone should work for the establishment of Gram Swarajya as dreamed by Gandhiji-Chakradhar Babu-Nellore news.

District Collector Chakradhar Babu said that everyone should work towards the establishment of Gram Swarajya which was dreamed by Gandhiji by taking Gandhiji’s aspirations as an ideal. Celebrating the birth anniversary of the father of the nation, Mahatma Gandhi, the collector paid tributes to the statue of Gandhiji in the collectorate premises on Sunday. On this occasion, District Chakradhar Babu said that the aspirations of the father of the nation, Mahatma Gandhi, can be followed, as long as there is a nation, we will have his memories. Everyone wants to take such nobles as role models who led the freedom struggle of the country with the principle of non-violence and achieved independence and became a pioneer to the world. Along with Gandhiji, many people sacrificed their lives in the freedom struggle and everyone wants to recognize such great people. Joint Collector R. Kurmanath, District Revenue Officer Mrs. Venkata Narayanamma, Dwama P. D. Venkatarao, District Minority Welfare Officer Mrs. Kanaka Durga Bhavani, Collectorate Administrative Officer Shafi Malik, staff of various offices in the Collectorate premises and others participated and paid tributes to the Father of the Nation, Mahatma Gandhi. 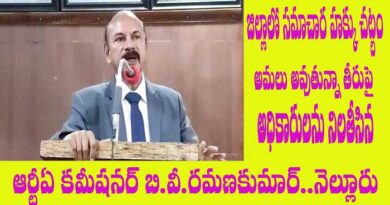 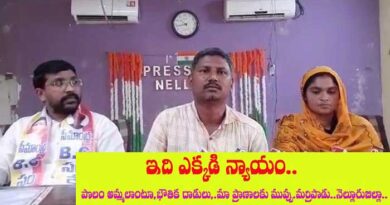 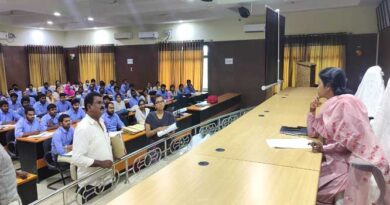