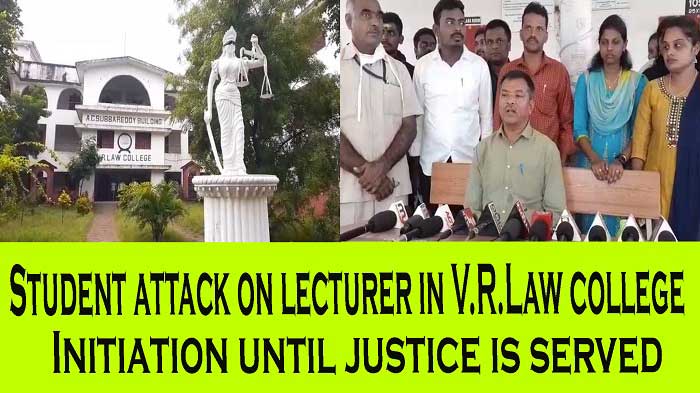 Nellore: There have been allegations that tons of irregularities are happening in V.R.Law College since last few years. No action has been taken on this matter so far. In this context..On Thursday, an incident took place in V.R.Law College where a former student attacked a lecturer. Going into details… Narayana, a law college lecturer, said that a former student of the law college named Shyamsundaram had been harassed about the attendance certificate and was physically assaulted for denying the matter. Today he started a protest in the Law College premises. Speaking in the media conference organized on this occasion, some lecturers of the law college are paying homage to such ex-students, Another lecturer in the college, It is said that he entered into a fraudulent agreement with the students of a private college to pay him some amount of money. He is alleged that when the law college is allotted as the examination center for the students of the said college, the contracted lecturer and private college students cooperate in mass copying. As he denied such incidents, he said that the injustice done to him was brought to the attention of the joint over the phone. He said that JC immediately responded to this. Dr. N. Ravi, Dr. Ramanjaneyu, who encouraged him to attack him, said that he will go on hunger strike until strict action is taken against Shyam who attacked him. How the authorities will respond, we have to wait and see.. 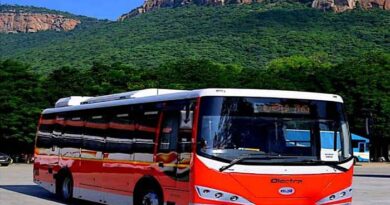 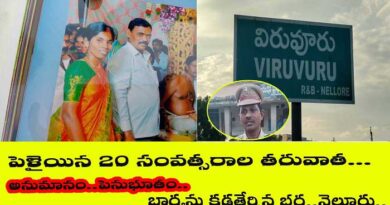 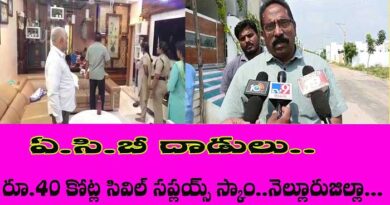